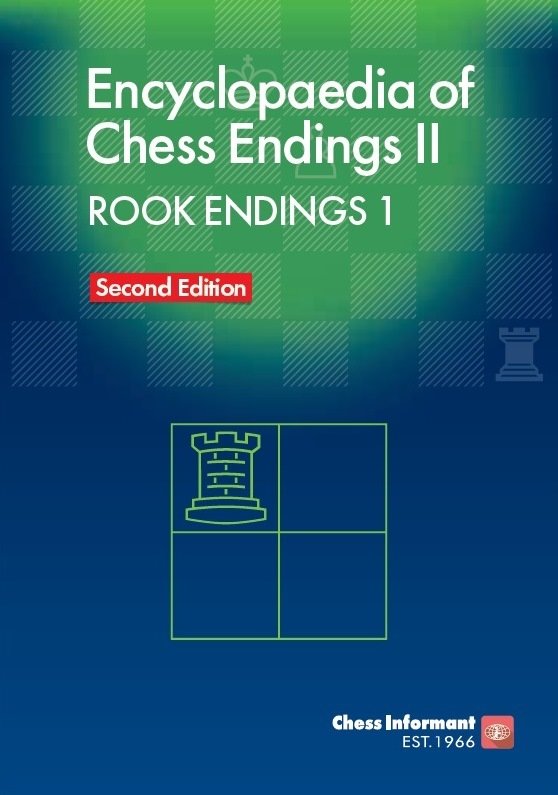 How many times have you heard it? It’s an old school rule: one should learn endings first and only then switch to the earlier content. Arguable it’s true, if we follow the advice of some of the biggest chess names of all time.

Statistically, rook endgames will emerge in 80% of all endings. In the chess
world they say that all rook endgames are drawn; but it is also true that we
all want to win. So, let’s do it!

The First Edition of ECE II Rook 1 was compiled by Andras Adorjan, Alexander
Beliavsky, Walter Browne, Lubomir Ftacnik, Anatoly Karpov, Garry
Kasparov, Lubomir Kavalek, Vlatko Kovacevic, John Nunn and Jan Timman.
The Second Edition comes to the surface 30 years later! It is still based on
the work of these giants, but heavily updated and revised. There are 1,930
educational examples inside (actually more than 2,000 if we count separate
endings in variations). You do not expect randomness with Chess Informant.

This electronic version is made with the Training feature incorporated into
Windows based ChessBase software, which will suit coaches perfectly. With
additional PGN fles, ECE II can be used on electronic devices as well (iOS
and Android), though without the advanced features accessible only from
CBH fles. No doubt, this is a most valuable tool for learning endgames,
which will be greatly appreciated by advancing players or trainers.