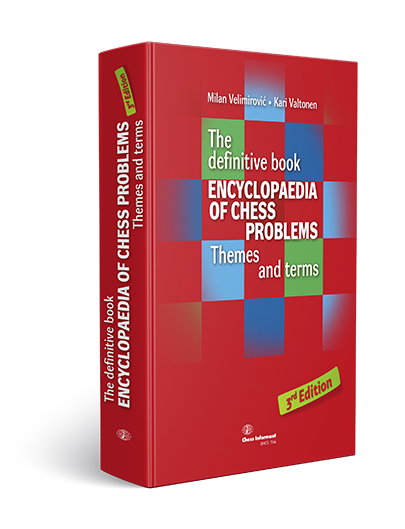 The only complete Encyclopaedia of Chess Problems ever written is available once again as a polished reprint of the original edition.

This Chess Informant book is not only first rate in content but also in production. Highly recommended!

I didn’t know any chess book that merited the word ‘Definitive’; now I do. Big claims need big justification, but this book is extraordinary. It attempts to describe all the themes, the ideas, that chess problems use, and it succeeds in that formidable task.

This comprehensive encyclopedia is special in our field of chess composition and will be enjoyed by chess players as well. It is a must in the library of all lovers of chess problems and studies.

The life work of GMs Milan Velimirovic and Kari Valtonen is a must for any chess lover and enthusiast!