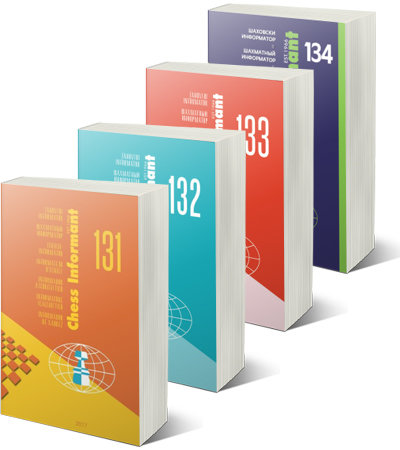 -Currently #1 ranked Serbian player (ELO=2672), GM Robert Markus explains what a strong GM has to do when changing his opening repertoire with black pieces, sharing a very deep research on the Alekhine Defense.

-The 2017 Serbian Champion, GM Ivan Ivanisevic explored the hedgehog pawn structures and has been trying to find a way to crack them open. The basis for his research were the games from tournament practice and Ivan goes through them with a conclusion about the best setup for White.

-The attention of GM Milos Perunovic was caught by the variation in the Sicilian Defence after 1.e4 c5, 2.Nf3 d6, 3.Nc3 Nf6, 4.e5!?, that was once again brought to life by Azerbaijani GM Rauf Mamedov.

-The best Montenegro player, GM Nikola Djukic shares an opening review of the 3…Qd8 Scandinavian, which served him well in many games he played over the past years, where even Magnus Carlsen could not claim any advantage as White, but instead adopted it as Black vs Fabiano Caruana.

-IM Goran Arsovic is an expert for the Najdorf Sicilian, as he has been playing this variation with black pieces since his youth days. His permanent work as a member of Chess Informant’s Editorial Board keeps him constantly well-informed about any novelties in his pet line. Goran presents a new trend that has recently hit even the world’s elite players, referring to 6.a3 and 6.h4 - attempts to explore new territories of this complex opening.

-GM Danilo Milanovic invites readers to follow his research on the latest trend of meeting Anti-Gruenfeld with the move 3…Nh5. This fresh variation with lots of possibilities for both sides, leads to very much original positions and this is the reason that younger generations gladly choose it rather then some more explored options for Black.

-National individual championships of Serbia and Croatia were enriched with fighting chess. GM Branko Tadic and IM Srdjan Sale present their overviews of these tournaments sharing the most interesting games, theoretical novelties, combinations and endings.

- Best of Chess Informant highlights the creativity of the most prominent chess players. The first in focus is world’s number 2 - Wesley So.

GM Michael Adams tells a very personal story focusing on doubts and challenges he faced during the games he lost or drew and the entire thought process of an experienced top player. Chess audience is rarely offered with such a perspective, since not many players would publicly explain their loses.

Top three games from the 2017 Sinquefield Cup are chosen and dissected by GM Aleksandar Colovic. In addition there is a great number of carefully selected positions from other games played in this top tournament.

GM Baskaran Adhiban explains how the great champions of the past inspired him and influenced the decisions he made in his games.

GM Aleksandr Lenderman presents the game which became quite a classic already owing to a remarkable endgame he won. Fascinating variations and lines reveal the beauty of creative endgame play.

Fans of chess openings will have a chance to enjoy the work of GM Spyridon Kapnisis, who offers a complete review of the flamboyant 4.g4 in the hyper-modern Caro-Kann Advance Variation.

Also, GM Emanuel Berg this time mirrors the latest developments in the Chigorin variation of the Ruy Lopez.

For all those who wish to learn the methods used by the world’s famous Russian Chess School, Chess Informant presents a lecture by renowned Russian coach GM Yakov Geller. First part of this lecture is about introduction of opening play and its subtleties and Yakov’s choice is Fianchetto Variation against the Taimanov Sicilian.

In this edition of ‘Endgame Strategy’ GM Karsten Mueller focuses on simplification in the endgame. Five instructive examples teach all the nuances of this very important motif.

Best of Chess Informant presents the selection from a highly creative chess opus of one of the greatest players of the present days - GM Shakriyar Mamedyarov.