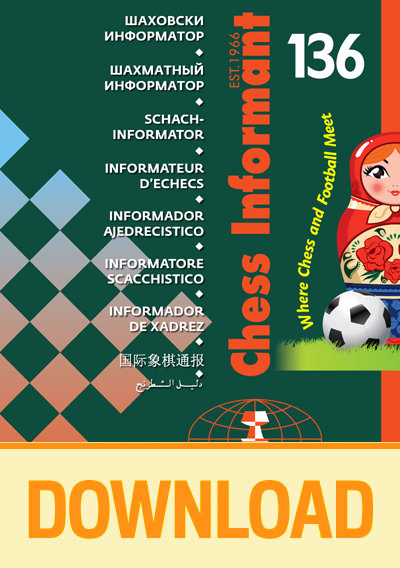 Presents more than 300 pages of the very best in chess:

Saric – How I became the European Champion (interview and games)

Berkes – Tricky and Ambitious Way of tackling the Caro Kann

Ragger–How to avoid the Petroff in style

Shyam Sundar– New Ideas in the Realms of Anti-Marshall

Best of Chess Informant presents the selection from chess opus of one of the elite players of the present days – starring: ANISH GIRI

The periodical that pros use with pleasure is at the same time a must have publication for all serious chess students!